Mobstar Game app 1.3 update is live on iOS and Android! 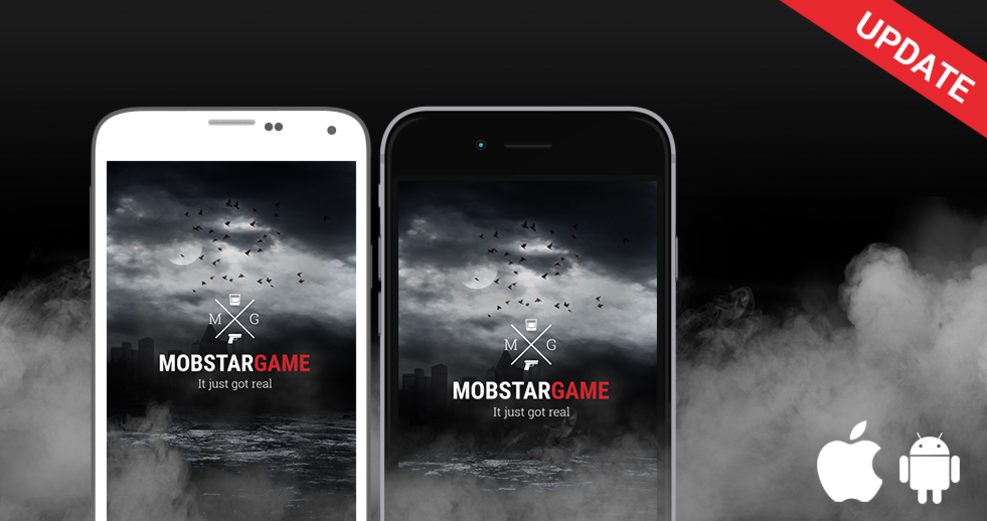 Blood is related, loyalty is family. With that in mind we are very proud to bring "crew" to the official apps.

With crew a massive new element is launched within the official apps. We support a crew view with the crew avatar in the carousel. Crew owners need to update the avatar for a correct view.

Further more the crew section supports all the web elements. So you get a different view for each crew position you can have. Council, ministers (drugs, communications, constructions and war) and also for a soldier, drug mule, constructor or just a member.

Also when you are new and go to the crew section you can apply at a family to join that and get all the benefits like an instant boost on your skills (defense) and the possibility to join a stock program or own a plot and start selling your produced liquor.

Under the crime section you can find the"Illegal Booze" section. Within that option you can immediately start producing booze. Each 5 minutes you can make booze. Selling it is done automatically, but you need a liquor store and for that a crew and domination. Join a crew, hit the "domination" button and hit a square. A pop up appears and you can buy it... When it's yours you can now buy a liquor store and your sales will start automatically depending on your liquor store.

That's why we added domination too.

Check the crew carousel. Hit domination when your are in a crew and start helping your crew by getting domination (cash reward & lead reward for your family) but also the possibility to run your own liquor store and make some nice cash.

A major part of your family is also added to the app: Crew Real Estate. As a constructor you can now construct your buildings whenever and wherever you want or need to. This helps your crew getting stronger and claiming more power over the world of mafia! Want to be the best? You need the best crew and a lot of bullets. That's exactly why we build crew real estate. We support all the crew real estate items: Hospital, Compound, Bullet Factory, Warehouse.

Pay your respects in the graveyard.

Or bulldoze your enemy from the stats. Rob them from stuff including free HP powered items... Or just pay your respect or diss your enemy by leaving a nasty item for this fake gangster. Do whatever your want through the 1.3 update. We now support the graveyard within the app.